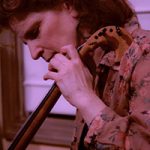 Kaila Flexer, violin, tarhui
Kaila Flexer is a violinist, composer, music educator, teacher, producer, mother and plant lover. She has recorded CD’s with her groups Third Ear, Next Village as well as two CD’s with the ensemble Teslim. Between 1989 and 2013, Flexer founded and produced Jewish music events Klezmer Mania! and Pomegranates & Figs: A Feast of Jewish Music as well as many smaller concerts. Over the years, she has performed with various groups including Club Foot Orchestra and Kitka as well as with artists including Shira Kammen, Ross Daly, Kelly Thoma, Hamed Nikpay and Hollis Taylor. Kaila teaches and composes in her Oakland studio. Her daughter Lucy is now 21 years old and finishing up her degree (pandemic style) in Dance Performance with a minor in Politics from UC Santa Cruz. 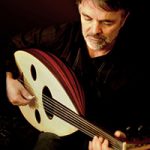 Gari Hegedus, oud, saz, mandocello, tarhu
Gari Hegedus plays violin and viola as well as a variety of lutes from Greece and Turkey including laouto, oud and saz. In addition to playing in Teslim, he also performs with world music group Stellamara as well as Bay Area groups such as Janam and The Helladelics. He has studied with oud master Naseer Shamma and has studied, recorded and performed with Ross Daly and Kelly Thoma. He has toured with the Mevlevi Dervish (Sufi) Order of America and continues to participate in Turkish ceremonial and devotional gatherings around the country. In addition to being a composer and performer, Gari is a talented luthier, repairing stringed instruments of every variety; coaxing sound from sazes, violins, rebabs, restoring lutes and lyras, making bows and finding ingenious ways to allow the true voice of an instrument to come forth. (www.garihegedus.com) 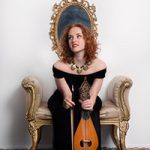 Elana Brutman, Cretan lyra with sympathetic strings
Elana has dedicated the last several years of her life to the intensive study of the lyra with sympathetic strings, an instrument which is based on the Cretan lyra and incorporates elements of Byzantine lyra and Indian sarangi. She has spent the last five summers traveling to Greece to study at Labyrinth, Ross Daly’s center for modal music instruction and practice, where she has studied with Kelly Thoma and many other master musicians from Greece, Turkey, and Iran.

Joshua Mellinger, frame drum, zarb, cajon, tabla
Josh graduated in Percussion Performance BFA at the California Institute of the Arts (CalArts) in Valencia, California. He perform with many groups in the San Francisco Bay Area, teaches percussion, and studies tabla with Pandit Swapan Chaudhuri at the Ali Akbar College of Music in San Rafael. (www.jmpercussion.com)

The oud is a descendant of the Persian barbat (an early lute). Pictured below is one of Gari’s ouds made by Yaroub Fadhel, an Iraqi luthier currently living in Tunisia. The 11 strings (including five courses of double strings and one bass string) are tied on the back of the instrument, as opposed to being tied at the bridge as they are on an Arabic or Turkish style oud. This instrument was conceived by Munir Bashir in the 1940’s to achieve a louder and more resonant sound than its predecessor. If you look closely you can see that the label inside the sound hole includes a photograph of the luthier himself.

Saz means instrument in Turkish. There are three sizes–from smallest to largest they are: cura (pronounced jura) saz, baglama (pronounced balama, stress on the last a) and divan (pronounced deevan) saz. The saz has moveable tied-on frets made of nylon string. The frets are moveable to accommodate the pitches that occur in the makam system. The saz is associated mainly with Turkish folk music (not Turkish classical music) and has its own specific makam system that is different than the classical Turkish makam system.

The laouto is a Greek lute. It has four pairs of metal strings tuned C, G, D, A. It’s the main accompaniment instrument for music on the Greek mainland and on the islands. Gari’s lauoto was made by an amazing luthier named Dimitris Rapakousios. Check out his other instruments at http://www.dimitrisouds.com/

The frame drum is probably the oldest drum. It’s made of a skin stretched over a circular, usually wooden, frame. Different names for this drum include. def, tar, defi and bendir. Frame drums come in various sizes.

The darbuka (also called a dumbek) is a goblet-shaped drum made of clay or spun aluminum or copper. The head is made of skin or plastic. This drum is found all over the Balkans, the Middle East and North Africa.

Much of Turkish, Greek (and Arabic) music utilizes the makam (makamlar plural in Turkish, maqamat plural in Arabic) system. In this system, there are many divisions (or ‘komas‘) of the whole step, for example, between the notes D and E, there are nine divisions of sound that vary depending on the makam you’re playing in. Each one of these divisions is like varying shades of particular color rather than unrelated colors. While makamlar can be thought of as modes, they are much more than that–there are certain guidelines that are used in employing these four and five note “scales” that define the pitches, patterns, and development of a piece of music, in terms of both composition and improvisation. If you’re interested in looking into transcriptions of compositions of various makamlar, check out http://www.neyzen.com/nota_arsivi.htm

One of the many things we love about music from this region of the world is its rhythmic aspect. Generally speaking, so-called “odd” meters are broken into groups of 2’s and 3’s. These rhythms are called by different names in different countries. I have listed one name for each of the rhythms below: 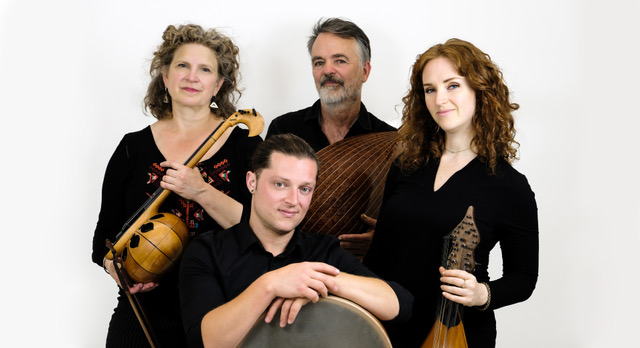 To hear what the press have been saying about Teslim, click here

Teslim's new album, 7 Decades is available for purchase on Bandcamp! 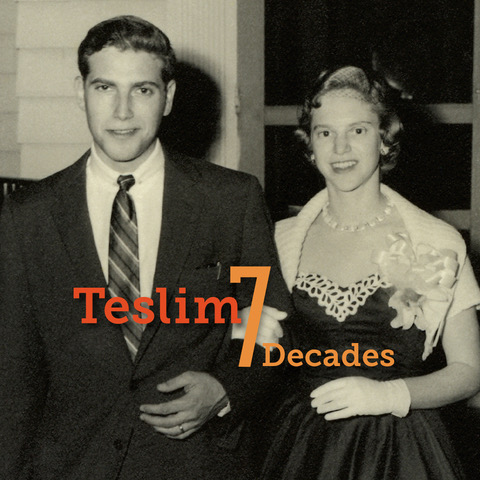 To look back at Teslim's past shows,
click here